Would you vote for me to become the next Governor of Illinois?

I am an Algonquin Native American and there are few of us in the governments of this United States of America? 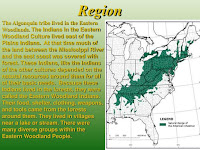 I am a veteran of the Vietnam War, and in my 80 plus years I have been around the political circle in New England for years.

Would you prefer to vote for a much more qualified person in your state?

So; why did you get an immature hissy fit, with our President of the United States in President Joe Biden!

Did you know that the Vice-President of the United States is of Asian- American Decent?

How many of the ‘First People of this land’ are in the government of the United States of America?

Newer Post Older Post Home
Subscribe to: Post Comments (Atom)
John Robert Lewis “Never Give Up”! – “Never Give In”! – “Always Keep The Faith”- - Whoopi said, “Don’t get scared, It’s your country, take it back” - Elijah Cummings said; “This is our Watch”

If your church needs you gathering in a building, its priests, pastors, rabies and/or evangelist are crooks looking for your money and not you’re Creator (God)!